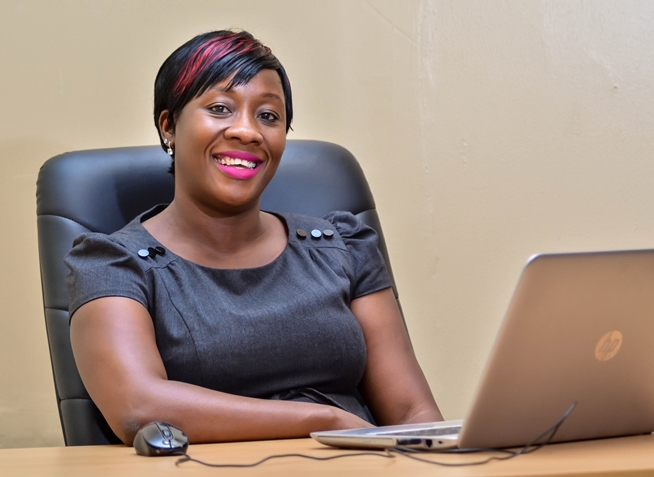 Posted on March 22, 2021 1 Comment on Fiduciary Duties of the Board of Directors-Back to the Basics

FIDUCIARY DUTIES OF THE BOARD OF DIRECTORS-BACK TO THE BASICS

Who is a Director?

A company is an artificial person and therefore must rely on individuals to run its affairs. The management and control is usually vested in the Annual General Meeting and the Board of Directors. Hence Directors are individuals to whom management of the companies is entrusted. The Board then delegates its powers to the Managing Director to run the day to day affairs of the company.

Section 2 of the Companies Act 2012 defines a director as any person occupying the position of director by whatever name called and shall include a shadow director. Therefore under the law, a director is defined by what they do rather than the actual job title. Even a person not formally appointed by the shareholders might be deemed a director if their role could be deemed equivalent of a director.

At common law, once a person accepts an appointment as a director, that person becomes a fiduciary in relation to the company and is obliged to display the utmost good faith towards the company and in his/her dealings on its behalf.

Fiduciary Duties of a Director

The definition of fiduciary duty is an obligation to act in the best interest of another party. A fiduciary is thus a person who holds a legal relationship of trust with another. A fiduciary is expected to be extremely loyal to the person to whom he owes the duty (the “principal“).

Fiduciary duties are the highest standard of care in equity or law, are non-negotiable and cannot be waived in any manner or form. The directors consequentlyhave a direct responsibility to ensure that the interest of shareholders are always at the forefront of all decisions made that are made.

Why is it important for directors to know their fiduciary duties?

Many times when appointed directors of a company, the individuals are so taken up with their director responsibilities and often neglect or remain unaware of their fiduciary duties obligations. Breach of fiduciary responsibilities has far reaching implications including both collective and personal liabilities for the directors.

Directors therefore need to know what their duties are, and must be aware of what is expected of them at all times throughout the decision making process during their tenure as directors.

Where to find the duties of the directors

The duties of directors are creatures of statute (The Companies Act 2012),the common law and a company’s own constitution (Memorandum and Articles of Association)

Although there is no single statutory that sets out all of a director’s duties, the broad principles applicable to directors are found in section 198 of the Companies Act 2012, as amended. These principles, together with the content of the applicable constitutional documents and common law collectively describe a director’s scope of duties.

Director’s duties under the Companies Act.

The duties of directors are codified in Section 198 of the Companies Act 2012. It is important to note that this codification is not a rigid fixation of law, but is a guide to the court in application of common law principles. The courts typically have regard to the common law, including past case law when interpreting the provisions of the Act.

The duties of the directors shall include the following;

(a) Act in a manner that promotes the success of the business of the company;

In a foreshadowing of the Act, the director should always prefer the long-term consequences for the company over the short-term benefit for shareholders.The board should always ensure a rigorous assessment of the environmental, social and health implications of its operations for its long-term success.

Additionally directors must be involved the company’s strategic growth planning process. The board must spend time dealing with the company’s business strategy, its risks, and maximizing growth opportunities for the company’s long term success.

(b) Exercise a degree of skill and care as a reasonable person would do looking after their own business;

Care can to be understood as carefulness, though not caution, skill suggests ability, whereas diligence might be understand as requiring a director to use his skills devotedly in the affairs of the company, in the particular matter in hand. Such reasonable care must be measured by the care an ordinary man might be expected to take in the same circumstances on his own behalf and excludes damages occasioned by errors of judgment (reasonableness test)

While the directors have properly delegate authority to others, it is a breach of their duty of care to wholly abdicate from exercising any supervision over the affairs of the company. However a director is exonerated for breach of duty if “he relies in good faith upon other person whose profession lends credibility to a report or statement e.g. auditors, lawyers etc. This means that directors can safely rely on recommendations by professionals provided they properly consider the material being relied upon and make their own determinations thereon.

(c) Act in good faith in the interests of the company as a whole, and this shall include—

(i) Treating all shareholders equally;

Fair and equal treatment of all holders of common shares is one of thekey principles of effective corporate governance. Among the specific rights that should be guaranteed equally toall shareholders are: the right to receive dividends; preemptive rights topurchase additionally placed shares; the right to obtain adequateinformation on a company’s activities; the right to participate in thegeneral shareholders meeting, including adequate disclosure in advance ofall materials necessary to make informed decisions and theright toreceive a proportionate share of a company’s property, after payment ofcreditors, in the event of its liquidation.

(iii) Declaring any conflicts of interest;

(iv) Not making personal profits at the company’s expense;

A director must not use the position of director, or any information obtained as a director, to gain personal advantage or for personal gain, nor advantage for any other person, other than the company itself. Nor must the director cause harm to the company. This is illustrated in the case Robinson v Randfontein Estates Gold Mining Co Ltd 1921 AD 168

(v) Not accepting benefits that will compromise him or her from third parties; and

A director must not accept a benefit from a third party conferred by reason of his being a director for his doing (or not doing) anything as a director and this obviously includes a bribe.

If for ensure a large contract is up for tender, the director who will make the decision should not accept hospitality or a gift from one of the potential bidders. There is no need to show that the company has suffered harm: it is the director’s acceptance of the benefit and the reason it was offered that are key.

Having a company policy on the acceptance of gifts and hospitality will help set an appropriate standard.

(d) Ensure compliance with this Act and any other law.

The company itself has numerous legal duties, these include duties under the Companies Act itself, such as to maintain full and accurate accounting records and to make relevant filings at the company registry (included the annual returns). It also has to comply with all other laws and regulations applicable to it (such as tax and employment laws). As the company acts through the board of directors, the directors are responsible for ensuring compliance by the company.In certain cases, directors are made specifically liable for breach. The directors must therefore devised proper systems to ensure compliance with the provisions of all applicable laws and that such systems are adequate and effectively monitored.