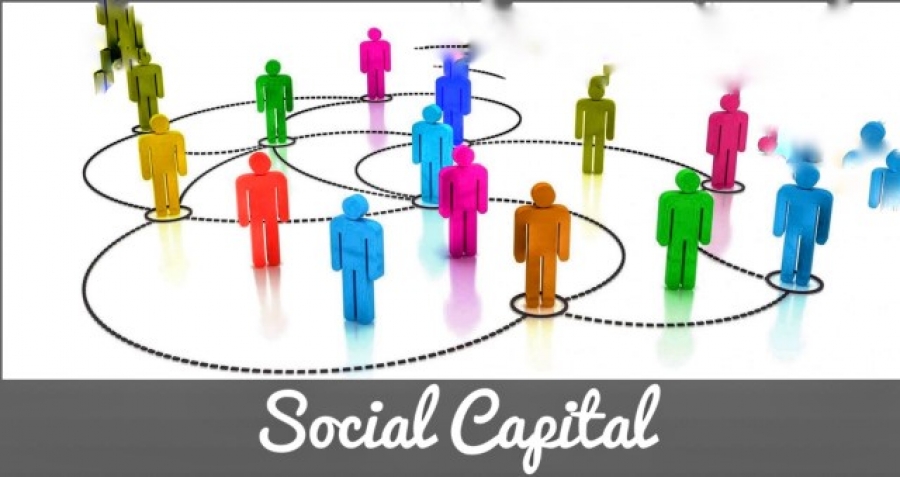 In these challenging times the importance of social capital in our society should not be underestimated. Social capital is being challenged by COVID-19.

Social capital is a measure of the value of resources, both tangible and intangible and the impact that these relationships have on the resources involved in each relationship, and on larger groups. It is generally seen as a form of capital that produces public goods for a common good.

Social capital in the context of evolution of communities is important to understand where our social values, cooperation and reciprocity are, in the wake of the COVID-19 pandemic.

The general prediction is that “the less developed a country’s economy is, the harder it is to make the behaviour changes that reduce the virus’s reproduction rate”.

If we have larger areas of urban slum and they do informal work to earn enough to feed their family every day, they won’t find it easy to avoid contact with other people. Also, the health systems in the country have far less capacity, so even providing oxygen treatment to everyone who needs it will be difficult.

The Chinese controlled the virus infection with rule of law as normally done in communist states. In democracies there are too many who are consulted and action cannot be enforced. So, clubs, pubs and restaurants were kept open in the UK, Bondi beach in Australia continued to have large crowds enjoying the sun & sea for long, coffee shops and bars were accessible in the US for a long period during the spreading of virus. Canada went in to panic mode when they realised the prime minister’s wife had the virus. They had mass social disruption with schools, universities and work places closed and people queuing up at local groceries & super markets to buy food and toilet paper.

However, in Singapore, Sweden and Taiwan life goes on as usual, with little security related disruptions. They have managed to avoid the massive social disruption that is wreaking havoc around the world.

Sri Lanka had temperature screening from early February at many public spaces, restricted the retail price of masks, but delayed to check on international travellers and has not been able to control incoming travellers and did not contact trace or quarantine infected persons, on time. This has led to the growth of infection in the country. Currently, we may move in to the community spread phase with the planned reopening of the country.

So far deaths in developed countries are far higher than developing countries. However, it is possible that the total deaths in developing countries will be far higher than in developed countries, if a treatment is not found. Despite large deaths, some states in the United States are having armed persons rioting to get back to work and social capital has deteriorated significantly. Some may argue, that its due to examples set by the President DT and his close allies. So far Sri Lanka remains quiet and hoping that our people will demonstrate a higher value of social capital to reduce the