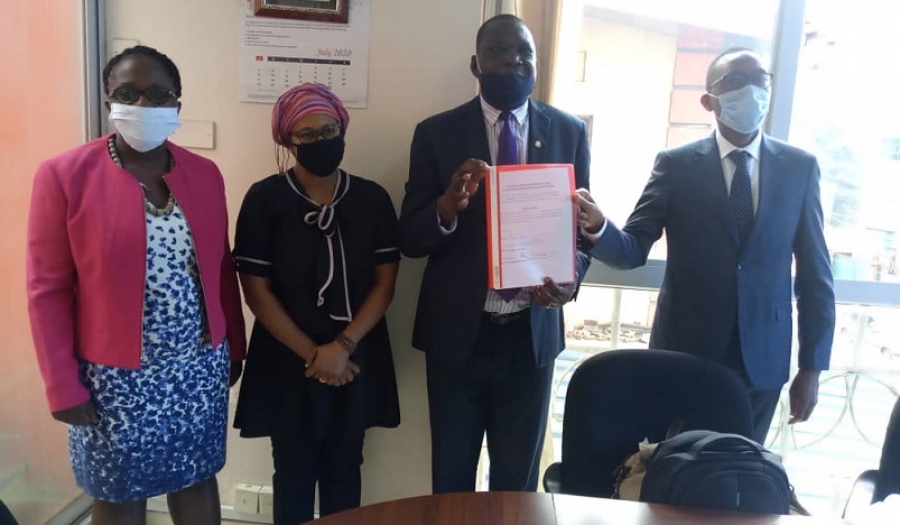 After a successful recruitment process, Mr. Dison Bosco Okumu was appointed as the Chief Executive Officer at the 91st meeting of the Governing Council of the Institute of Corporate Governance of Uganda held on Tuesday, 21st April 2020 effective 1st July 2020.

Mr. Dison Bosco Okumu holds a Master of Science in Economic Statistics from the London School of Economics & Political Science, University of London, United Kingdom. His first degree is a Bachelor of Statistics (Hons.) of Makerere University, Kampala, Uganda.

He began his career in 1982 with the defunct Uganda Electricity Board (UEB) where he worked in various capacities as a Statistician; Senior Planner; Manager, Corporate Planning & Strategy; and Ag. General Manager Corporate Services. He also had a stint as a United Nations Volunteer in Banjul, The Gambia serving as a Statistician in the Bureau of Statistics, Ministry of Finance, Planning & Economic Development of the Republic of The Gambia from 1988 to 1994.

Mr. Okumu has joined ICGU from Parliamentary Service where he served as Director Corporate Planning & Strategy for 14 years.

Mr. Okumu is passionate about Governance and the Institute looks forward to his Leadership. This is to call upon members to rally behind him.

The Institute (ICGU) congratulates Mr. Dison Bosco Okumu upon this appointment at the highest office of the Institute.

Find the downloadable pdf version of this message here